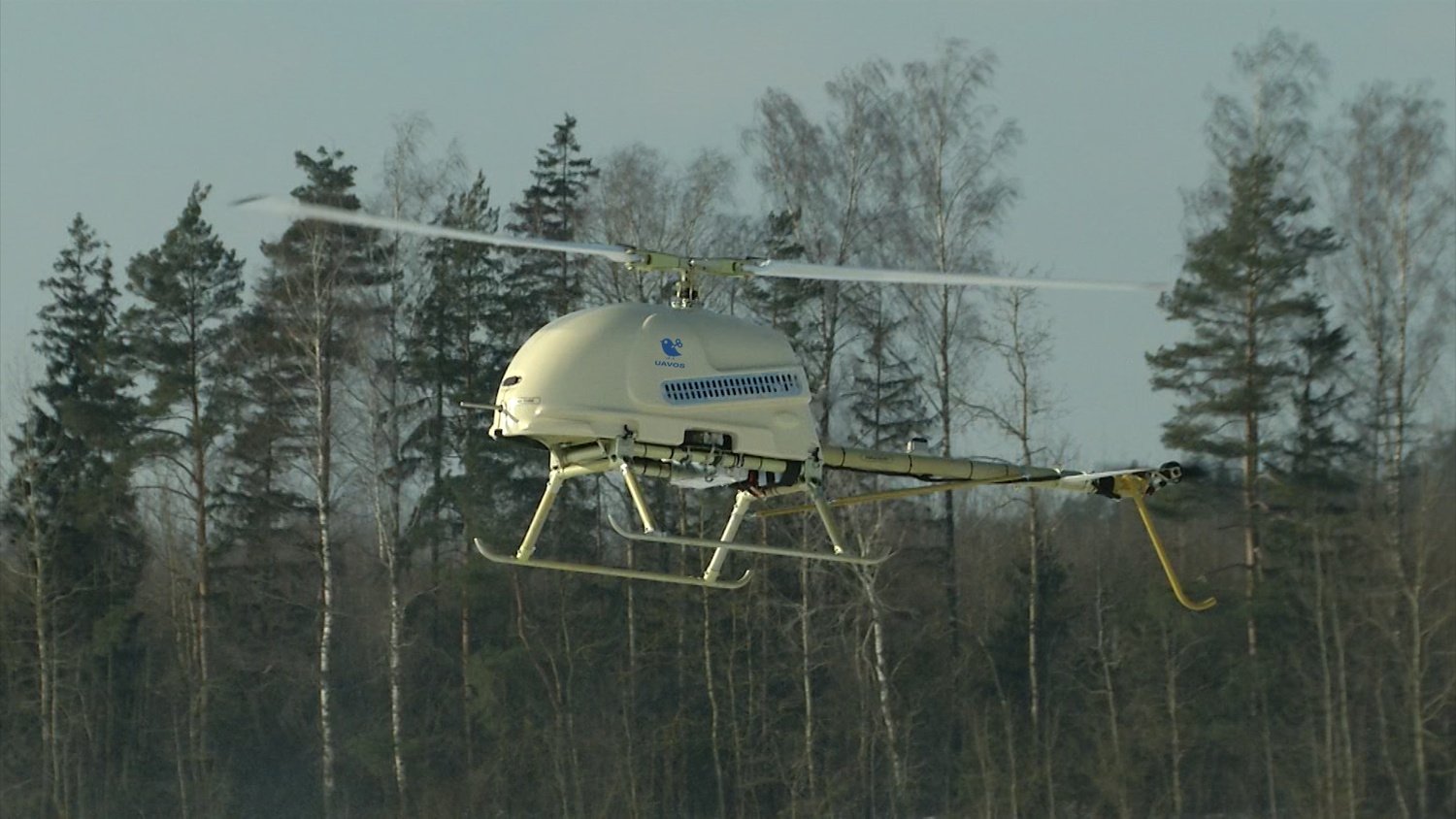 Why UAVOS Inc. uses the unmanned helicopters by the aerial power line inspection instead of a quadcopters and airplanes?

Proposing aerial power line inspection using our helicopters and airplanes, we identified the following advantages of the helicopter scheme over airplanes and quadcopters:

1. The helicopter has high resistance to strong winds on takeoff and landing. For example, a wind of 14 meters per second is not an obstacle to perform work, while for a quadcopter it is a serious obstacle because of its low flight speed. An airplane landing with a parachute at such wind speed often causes damage to the apparatus and its payload.

2. The ability to use a lidar in a helicopter significantly expands the boundaries of monitoring, including tracing sag in power transmission lines, while is not possible to use lidar on a parachute landing airplane due to lidar restrictions on shock loads. Quadcopters have too little flight time and it is economically unprofitable to use them.

3. A helicopter, unlike an airplane, allows to do work on local (in towns and cities) power lines with short distances between masts and frequent turns, which makes it absolutely indispensable in performing such monitoring.

4. The helicopter has the ability to land in autorotation mode in emergency situations, i.e. when an engine fails but a drone has to remain controlled while descending, which allows the apparatus to be led away from industrial facilities, houses and people. At the same time, an airplane can’t use a parachute due to the low altitude of a mission.

5. The possibility of taking off and landing directly from the road or a small platform simplifies operation and allows to take off as close as possible near the inspected object.

6. With stable operation of all helicopter systems and the skill of the operator, the helicopter avoids critical loads on the payload and performs the work extremely effectively.

Besides, our experience based on test hydrogen flights doesn't inspire confidence in long-term perspectives.

1) For example, we encountered the problem of transporting hydrogen,

2) purity of hydrogen (requires a special hydrogen generation station which is not transportable),

3) in sub-zero temperatures there's a big problem with equipment freezing.

And hydrogen doesn't solve the problems of hexacopter flight time. That's not all the problems.