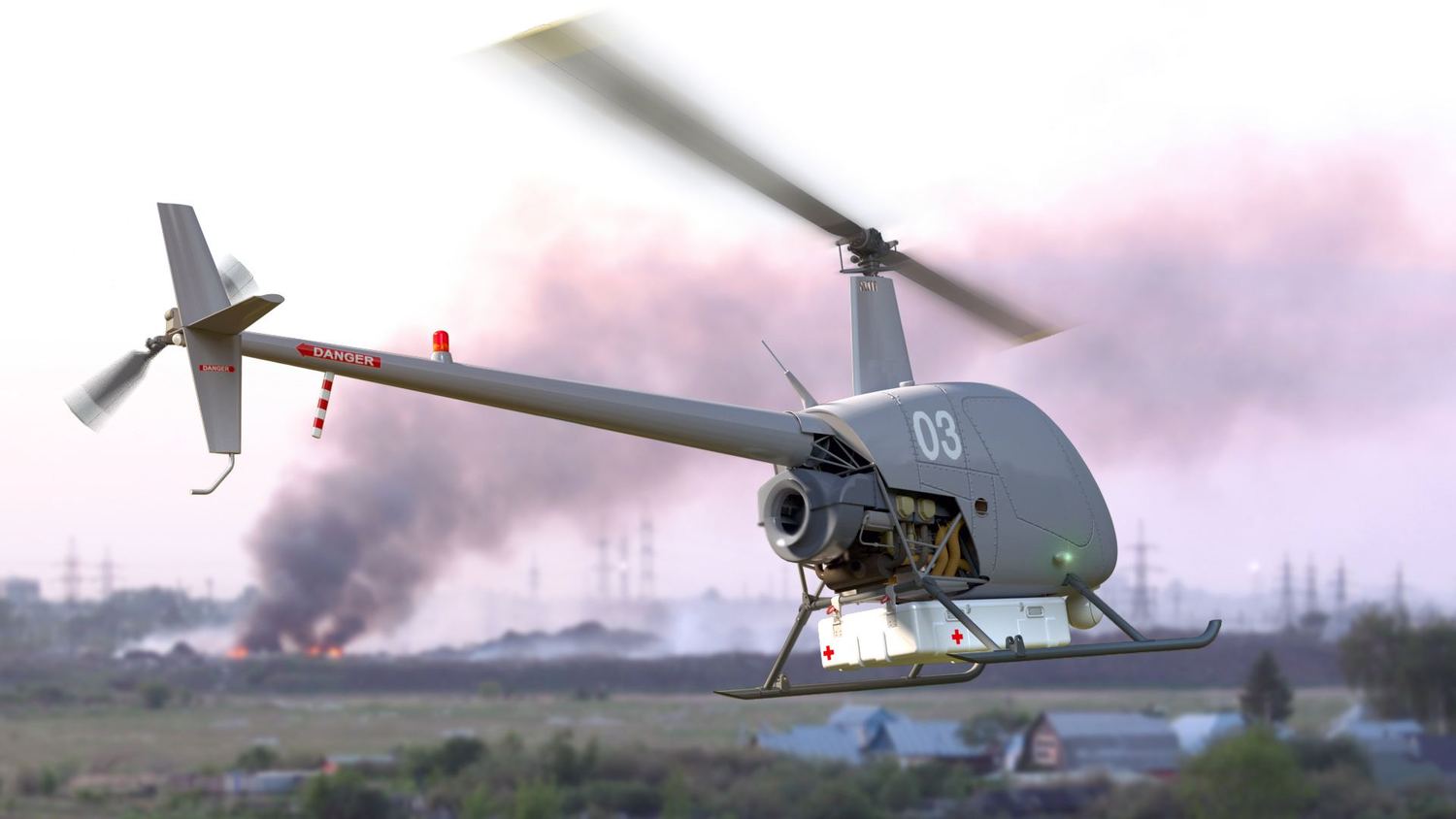 Unmanned vehicle and autopilot specialist UAVOS is developing a heavy-lift, long-range delivery drone based on the Robinson R22 light helicopter. The company also is proposing conversion of the Schweizer S300 light helicopter.

The experimental R22 is in flight testing at a UAVOS customer, the King Abdulaziz City for Science and Technology, a government scientific institution in Saudi Arabia.

According to UAVOS, the specific advantages of the R22 for unmanned cargo operations include long endurance—up to 6 hr.—and its ability to operate in harsh weather, including high winds.

“At the moment we’re working on this project with some customers from America and Canada,” UAVOS said. “We will start the certi⵼cation process when we have a contract.”

Frontier Systems developed an unmanned version of the R22, called the Maverick, in 1999 as a flight-control system testbed for the A150 Hummingbird long-endurance unmanned aircraft. The U.S. Navy acquired a handful for special operations. Others were used for research.

U.S. startup Skyryse has flown a larger Robinson R44 equipped with autonomous flight control and plans to modify the helicopters for use as urban air taxis.

Another company, Tier 1 Engineering, has modified an R44 to electric propulsion under a project funded by Lung Biotechnology to develop unmanned vehicles to deliver manufactured organs for transplants.

UAVOS sees several potential roles for an unmanned R22 such as delivering lifesaving supplies on search-and-rescue missions, flying in drugs to combat an epidemic and ferrying cargo from a large freighter aircraft to a main logistics base for distribution.

Graham Warwick
Graham leads Aviation Week's coverage of technology, focusing on engineering and technology across the aerospace industry, with a special focus on identifying technologies of strategic importance to aviation, aerospace and defense.