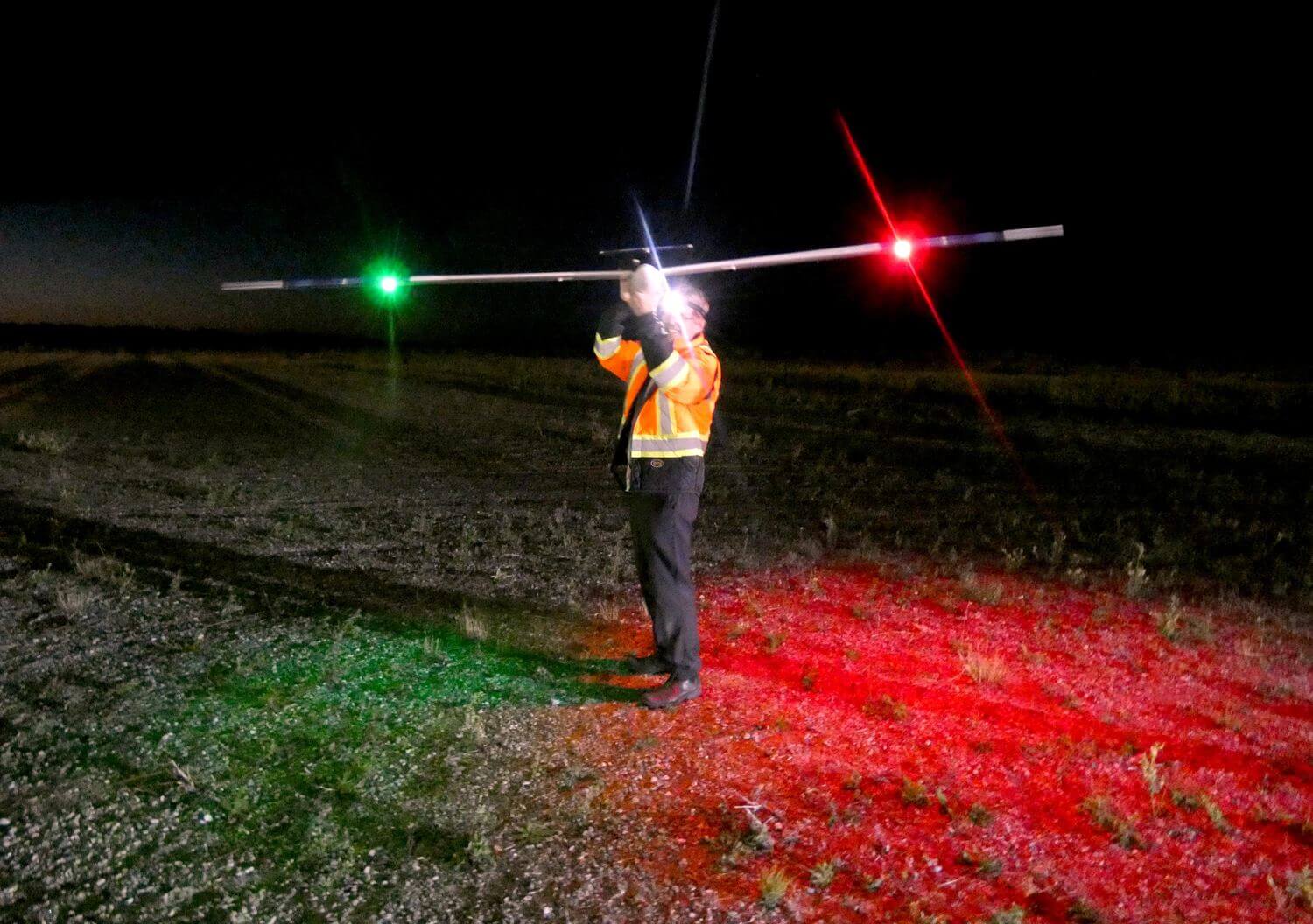 As a part of the joint project between UAVOS and STRATODYNAMICS, UAVOS is excited to announce their latest successful record-setting stratospheric flight. The stratospheric glider named the HiDRON was released from a Canadian Space Agency scientific gondola at an altitude of 111,434 feet (33.9 km) and performed a four hour controlled flight and landed at Iroquois Falls Airport about 80 km from the Timmins, Ontario launch site. The flight once again confirmed the HiDRON's capability to perform high-altitude missions and beyond visual line of sight (BVLOS) operations and set a new operational best for the flight in a challenging stratospheric environment.

The night flight demonstrated the HiDRON’s beyond visual line of sight (BVLOS) capabilities and was supported by the Canadian Space Agency (CSA) and the French Space Agency (CNES) as part of the 2019 Strato-Science Balloon campaign at the balloon base in Timmins, Ontario.

The record setting flight achieved many firsts in Canadian Aviation:

The HiDRON release from the CSA gondola is another first for the companies, as previous launches have been carried out by weather balloons, and added new layers of complexity. Prior to the launch, the Stratodynamics and UAVOS teams advanced aspects of the HiDRON including the transponder, stratospheric flight controls, data links, and safety protocols. The HiDRON features UAVOS’ autopilot AP 10.3 Micro.

The HiDRON was launched from the Timmins Victor M. Power Airport via the CSA scientific gondola at 10 pm on Saturday, August 31st. The mission plan was to release the HiDRON from the gondola sometime between an altitude of 30 km altitude and the target ceiling altitude of 37 km (121,000 feet). Once released the HiDRON would follow a pre-set flight plan and land at Iroquois Falls Airport. This meant the team was onsite at the Timmins airport until the gondola’s lift-off from the CSA Balloon Base.

As the gondola rose to its float altitude, the HiDRON was released at around 12:30 am on September 1st at an altitude of 111,400 feet. The HiDRON performed well in difficult headwinds and -60° C stratospheric conditions with its AMON detector recording single pixel data in a near-moonless night sky.

The record setting flight is the culmination of 12 months of international collaboration and planning with colleagues in Canada, Belarus and Slovakia and was the second of two flights commissioned to test AMON Airglow detector from Stratodynamics’ client, the Institute of Experimental Physics at the Slovak Academy of Science. The Slovakian team was searching for a cost-effective method for the AMON detector to have a clear view upwards unencumbered by a weather balloon blocking the view. The AMON detector is planned to participate in EUSO-SPB2 mission that will fly on a long duration NASA balloon in 2022.

Aliaksei Stratsilatau, CEO, UAVOS: “HiDRON is a real solution that advances the important research around climate change and other atmospheric chemistry problems. The HiDRON provides solutions for tough problems that affect all of humankind, which is why it is such a necessary platform for researchers.”

Gary Pundsack, CEO Stratodynamics Aviation Inc.: "We are extremely pleased with the outcome of this pioneering flight in Canadian Aviation, and the spirit of collaboration that enabled this successful campaign. Special thanks goes to our colleagues at Transport Canada and NAV Canada who provided considerable efforts to enable these firsts in Canadian Aviation. The Canadian Space Agency and the Centre National d’Etudes Spatiales also provided great support and assistance. And thanks to the Iroquois Falls Cadet Flying site who graciously provided use of their facilities. The September 1st flight once again confirmed the STRATODYNAMICS’ capability to perform high-altitude missions and beyond visual line of sight (BVLOS) operations and set a new operational best for the HiDRON’s flight in challenging stratospheric environment."