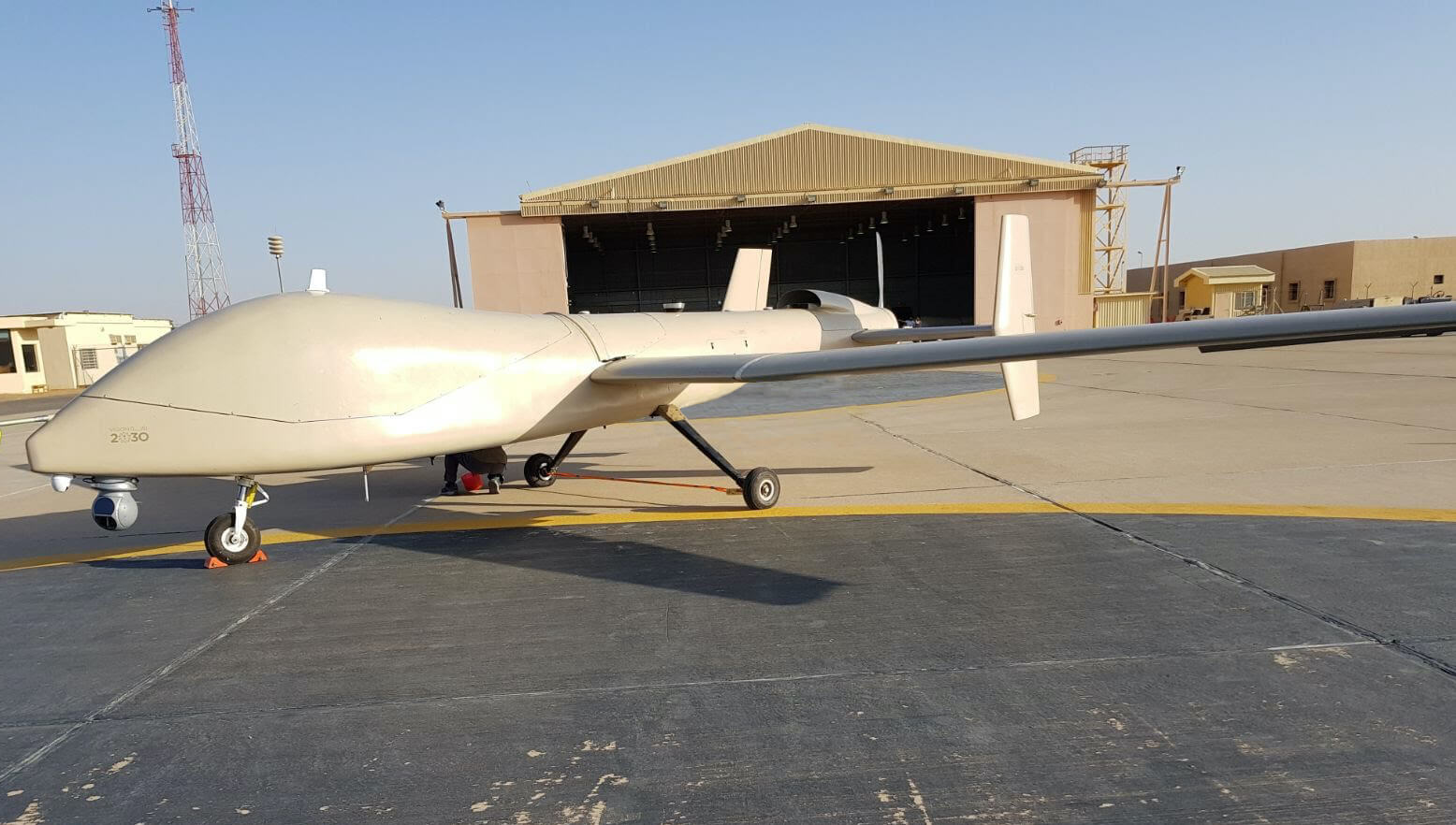 UAVOS and KACST are working together to develop the next generation of Saker MALE UAS family - Saker - 1C unmanned aircraft. The goal is to redesign and improve UAS features extending from engineering to operation. The UAVOS and KACST effort is focused on utilising advanced manufacturing technologies and integrating next-generation capabilities including state-of-the-art autonomy, navigation, communications, sensor processing and system of counter electronic warfare.

The Saker - 1C MALE UAS has a fully redundant control system and avionics. The improved onboard satellite communication system provides an advanced direct link when flying within Line of Sight (LOS), switching seamlessly to a satellite link when flying Beyond Line of Sight (BLOS) to transmit real time information. The system has been improved through testing and operation on the different Saker family aircraft.

The aircraft's payload capacity features have been increased up to 660 lb (300 kg) in comparison to Saker - 1B, while also offering 100-plus percent more fuel capacity via its retrofitting long-endurance wings with greater internal fuel capacity. Equipped with fuel tanks for 30 hours maximum endurance, the Saker - 1C is able to reach an altitude of 23,000 feet (7000 m), a maximum speed of 110 knots. Due to adding fowler flaps and interceptors lift augmentation capability has been improved.

Through improved manufacturing technologies, the unmanned aircraft has a stronger body structure, allowing for quick and easy maintenance without adding to its weight. The dry weight of the aircraft has been reduced до 600kg due to using modern composite technologies.

"We are proud to introduce another advanced development and joint successful project of UAVOS and KACST", said UAVOS CEO and Lead Developer Aliaksei Stratsilatau."The successful flight demonstrations and operational tests reflect Saker's reliability and quality, together with its advanced technological capabilities. There is no doubt that Saker - 1C gives its users significant operational advantages. We consider Saker - 1C UAS as a leading system with considerable sales potential", Aliaksei Stratsilatau added.