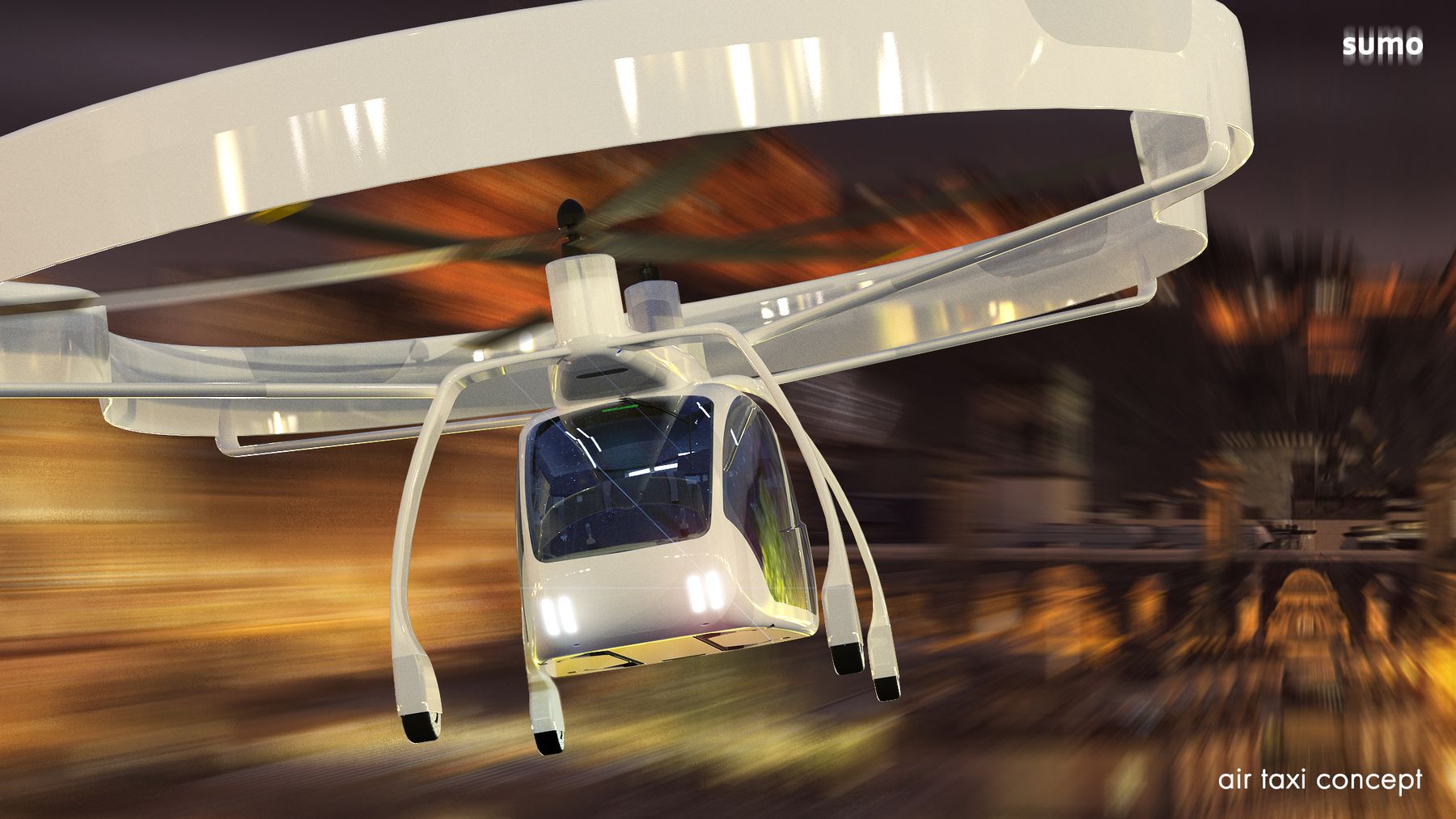 UAVOS has presented their air taxi SumoAir as an autonomous concept for vertical e-mobility. The all-electric, tandem rotor helicopter concept consists of a five-seater passenger including the pilot cabin that can be attached to either a car or a flight module. The helicopter will be operated both manually and autonomously. The project is a part of UAVOS’ R&D efforts to explore and understand the fundamental technologies behind electric aircraft and the urban air mobility (UAM) market.

SumoAir unmanned helicopter has a tandem rotor configuration with two large horizontal rotors mounted one in front of the other. The UAV features two redundant high - lift propulsion units. Their three - bladed rotors are driven by two electric motors at around 520 rpm to ensure a low acoustic footprint. UAVOS’s air taxi concept has additional safety advantages to the existing option such as autorotation flight and landing capability. SumoAir is targeting a cruise speed of approximately 87 mi/h (140 km/h) with endurance up to 1,3 h. The passengers will be able to cruise at altitudes up to 8,200 ft (2,500 m).

Aliaksei Stratsilatau, UAVOS’s CEO and Lead Developer: «By 2030, 43 cities will be home to over 10 million people. In congested cities such as Los Angeles and Moscow, commuters spend nearly 100 hours a year in traffic jams. We expect autonomous flying will definitely ease the traffic burden on city roads. Air taxi could be ideal for urban ridesharing in the near future».

Aliaksei believes that beyond regulations, safety and cost, there are a few factors that are crucial in the UAM market. It is the ability to work with different players in all the different industries needed to make air taxis work, such as aviation, automotive, telecom, software, cybersecurity and real estate. Another is the adoption of regulations supporting commercial air taxi services by governments.