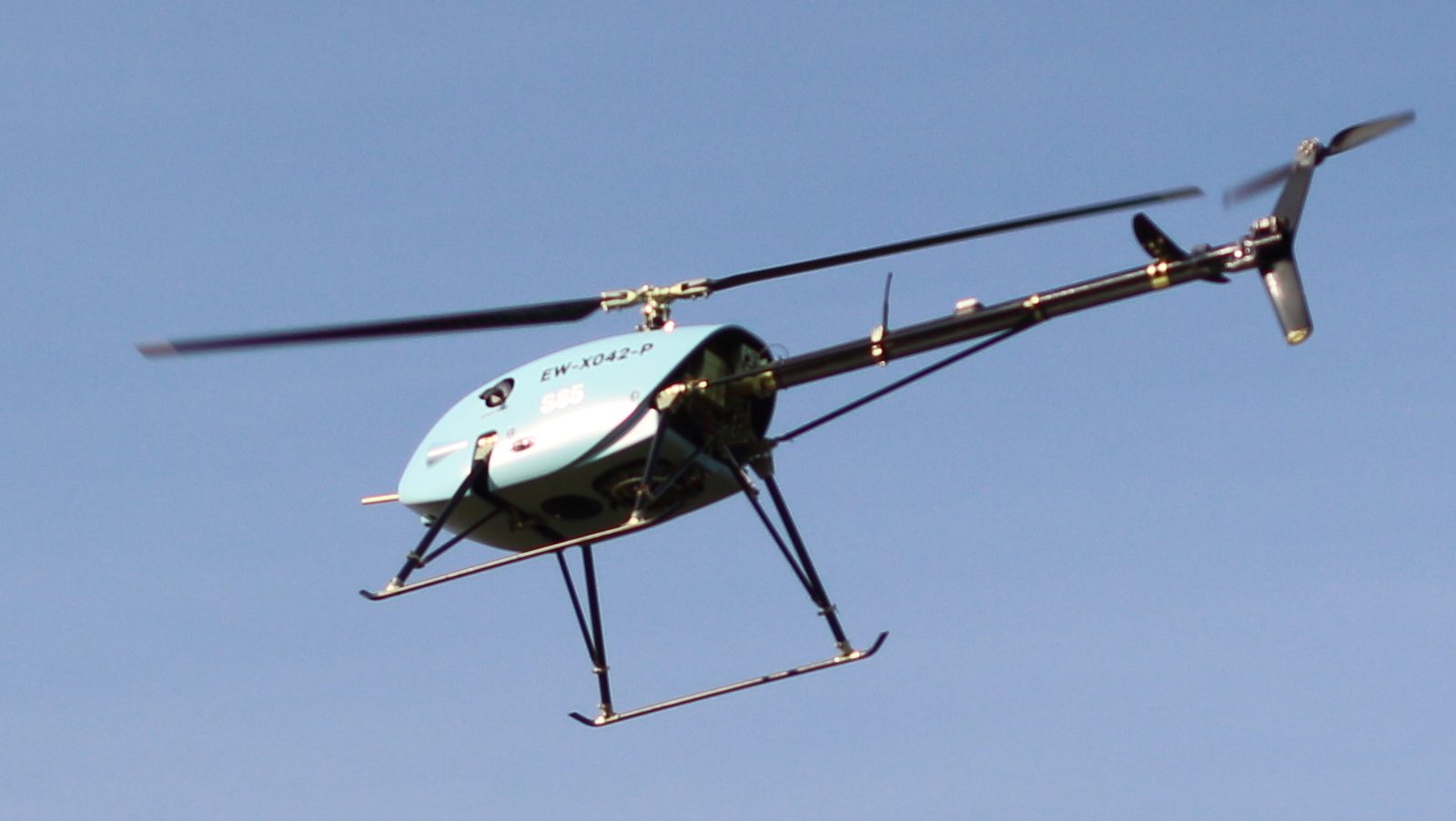 At the international exhibition Aero India Show 2019, which will be held from February 20 to February 24 in Bengaluru, India, UAVOS Inc. for the first time will present the upgraded unmanned helicopter UVH-170E. The helicopter is adapted for flying in a tropical climate and is equipped with a modified payload for operations outside of direct radio coverage
Watch video

According to Aliaksei Stratsilatau, UAVOS Сhairman of the board and Lead developer, this helicopter is capable to work out wide range of tasks both in the interests of civil and law enforcement agencies: participation in anti-terrorist operations, law enforcement and intelligence operations, search and rescue, patrolling. The main advantage of the aircraft is that the helicopter has unique characteristics to work in high mountain conditions, in hot and tropical climates, with sudden temperature changes.

VTOL unmanned system includes UVH-170E unmanned helicopter and its GCS. The maximum take-off weight of the helicopter is 41 kg (90.3 lb), the fuselage length is 3285 mm (129.3 in). Temperature range is from -35Сº to +50Сº (-31°F to + 122°F). The unmanned helicopter has a wide speed range - from 0 km/h at the time of hovering to the highest achieved speed of 120 km/h (75 mi/h). UVH-170E is able to take off from high-altitude platforms at 2000 meters above the sea level and more, and carry a payload of 4 kg for 5 hours. The aircraft has a four-stroke gasoline engine equipped with an injector with altitude correction up to 4000 meters, a starter and a generator. The helicopter is able to fly in autorotation mode and is equipped with a ballistic parachute.

Aliaksei Stratsilatau, UAVOS Lead developer: “Asia is a dynamically developing market that feels an increasing need of modern, high-quality and reliable unmanned equipment to solve a wide range of tasks. We expect that a tropical version of modified unmanned helicopter with improved operational capabilities will be in great demand among our potential customers in the Asian region.”